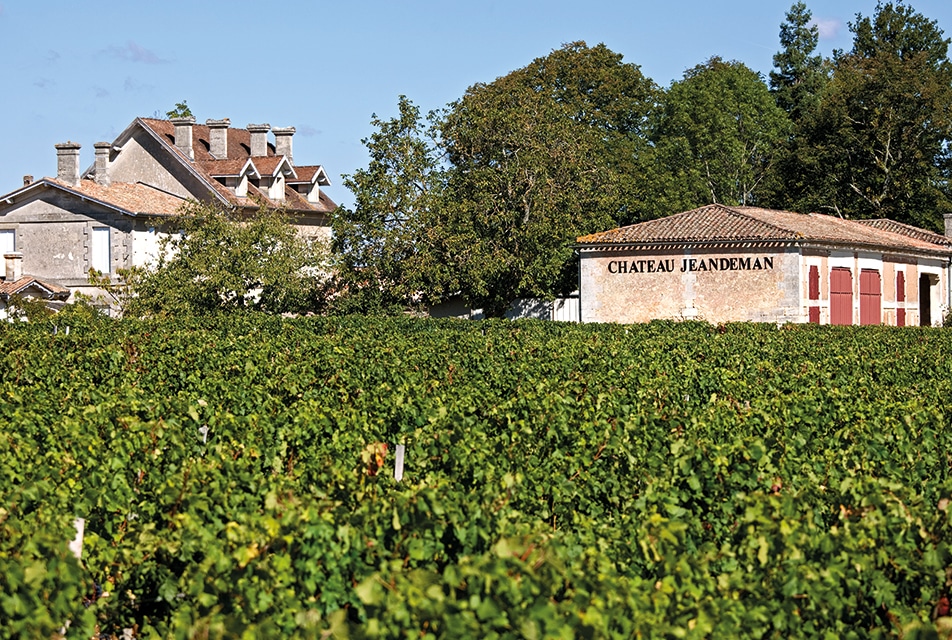 Fronsac, a discovery for an emperor and a folly for a duke…!

Château Jeandeman is situated in the vineyards of Fronsac, an appellation whose wines have been reputed the world over for many centuries.  Professor Henri Enjalbert, a renowned geographer, spoke of this terroir as “the cradle of the great Bordeaux wines of the Libourne region” and “the region’s revered hillside”. Since  Antiquity, this wine has been shipped from the port of Saint Émilion to be drunk throughout the Roman empire, but it was with the arrival of Charlemagne   that Fronsac’s contribution to future generations was assured.

Seduced by the quality of the wines, the emperor ensured that they were available in all corners of his kingdom. A little later, in the 12th century, Fronsac fell into the hands of the English, much to the delight of the local wine merchants who shipped the wines to all corners of the British realm, thereby ensuring their renown throughout northern Europe. Fronsac’s greatest hour came in the 18th century, thanks to the Duke of Richelieu, who in 1663 acquired the lands of the Duchy of Fronsac.  And it was his grand-son, the Marshall François-Armand du Plessis, Duke of Richelieu who ensured the wines of Aquitaine, and more particularly Fronsac, were consumed at the royal court. 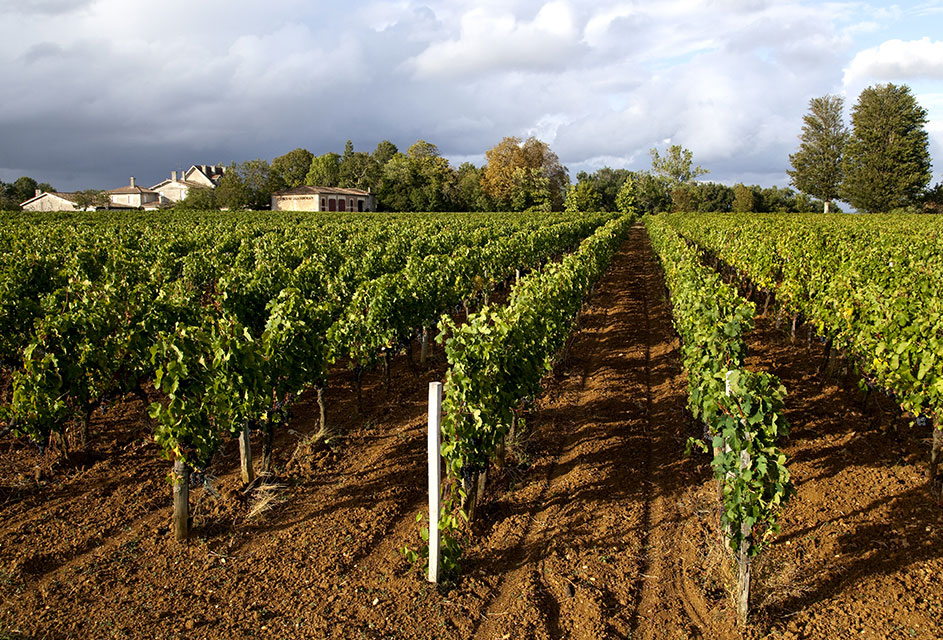 Jeandeman, a vineyard with a unique name

Built in the middle of the 18th century, Château Jeandeman was formerly known as “Escotebise” (listen to the wind in Gascon) due to its exceptional geographical position at the highest point of the Fronsac region. Its first owner was Jean Chollet, an important négociant from Libourne, who sold the château’s entire production to the Belgian region of Flanders.

Given that the Gascon name of Escotebise was difficult both to pronounce and understand, these same Belgian clients began to call the property Jan de Man (the man, Jean), and so it was that the property’s own clients were the ones that gave it a new name. Jean Chollet and, in turn his widow, created one of the most beautiful properties in Fronsac, as much renowned for its size as for the quality of its wines. In 1919, Château Jeandeman was bought by Joseph Roy; and his son, Jacques succeeded him in 1952. Jacques Roy died in 1962 and in 1965  his widow, Françoise, got remarried to Jean-Marie Trocard, sealing the union of the families Roy and Trocard. Together, they ran Château Jeandeman and Château Laborde for thirty years, and oversaw their growth from 16 to 42 hectares. Following in the  family tradition, it is now Françoise and Jean-Maries’ son, Jean, who runs the property. 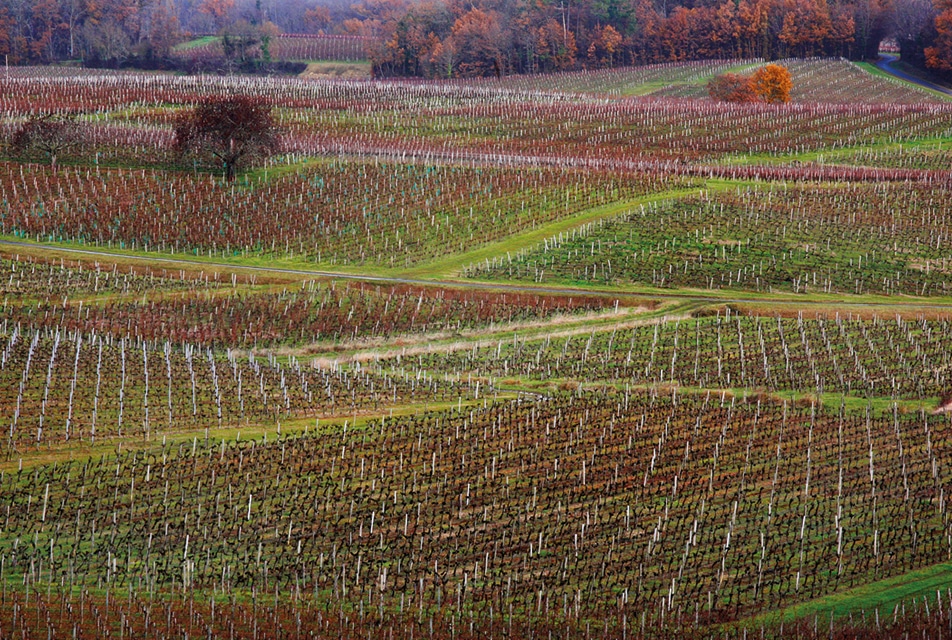 An unparalleled terroir and location

Perched at 88 m, at the highest point of the Fronsac hills, Château Jeandeman dominates the valley of the Isle and Dordogne rivers.  It encompasses 33 hectares of vines on an exceptional terroir.  The clay-limestone soil contains an ingredient, ferrous oxide, which gives a unique characteristic to the soil.  This clay soil, is the same as that of the great Pomerol chateaux; it retains a large amount of water meaning the vines are prevented in extracting too much and therefore the raisins are more concentrated.  These parcels of clay soil produce a wine with a deep colour, an opulent mouth-feel and silky tannins. The limestone soils of the plateau are identical to those on the famed limestone plateau of Saint Émilion.  In these parcels, the vines are obliged to send their roots deep into the ground in order to nourish and hydrate themselves; resulting in wines that are complex and mineral, with subtler tannins and more gentle acidity. 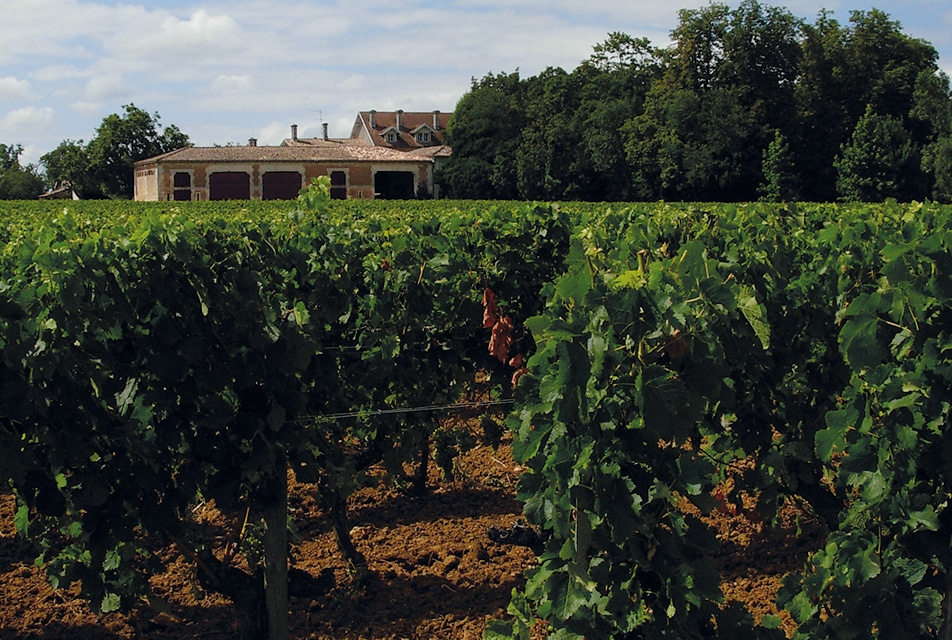 A vineyard that is constantly adapting

The majority of the vines planted at Jeandeman are Merlot  (90%), an early ripening variety that is perfectly suited to the clay soils of the vineyards and which brings a rounded, velvety richness to wines.

Following a detailed mapping of the vineyard soils  in 2005, most of the old vine Cabernet Sauvignon and Merlot was grubbed up and replaced by Cabernet Franc (9%) and Malbec (1%),  in order to add more freshness and aromatic complexity to the wines of the property. 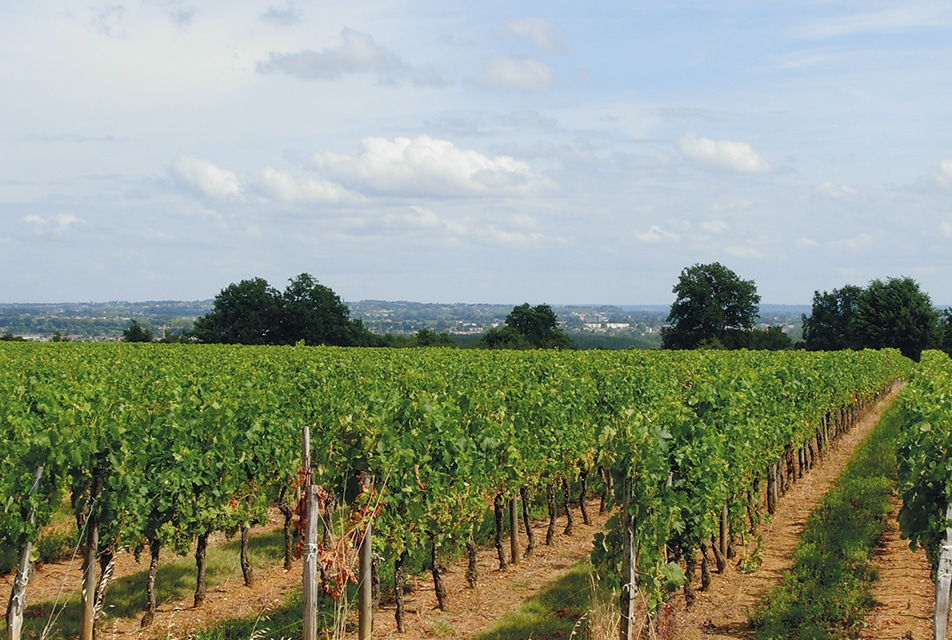 As at our other properties, Laborde and Mancèdre, the vineyards of Jeandeman are managed using sustainable viticultural methods.
Excess shoots are removed early in the growing season and superfluous leaves are removed on one or both sides of the vine, depending on the weather, in order to permit good air circulation, dry bunches and optimum ripening of the grapes. The young Cabernet Franc and Malbec vines undergo bunch thinning in August and September in order to achieve maximum ripeness. 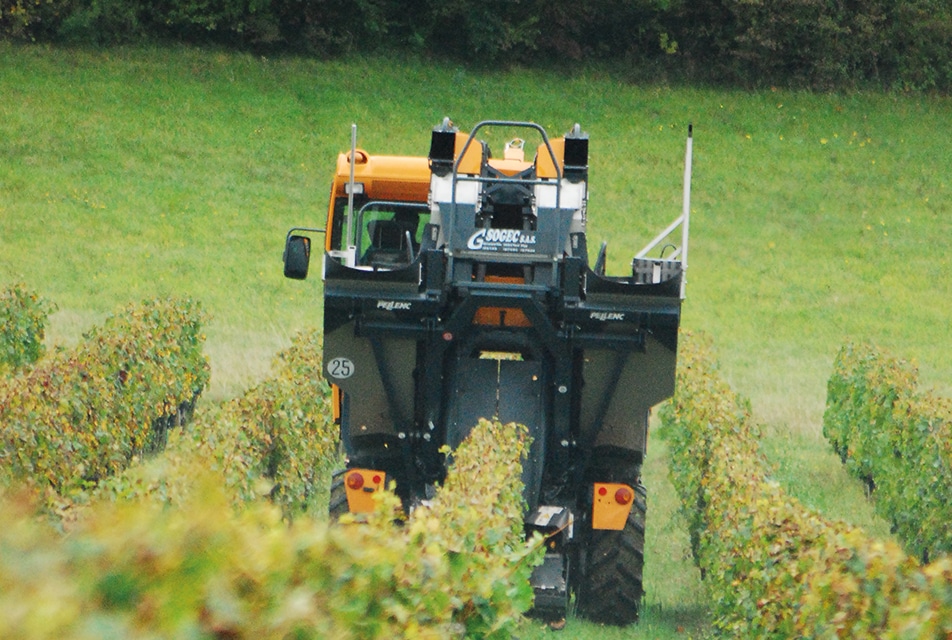 Our aim is to harvest the 33 hectares at full maturity, so time is of the essence and picking is both manual and mechanical, depending on the parcel. The grapes are manually sorted twice; firstly while still on the vine and then in the cellar after being destalked. So regardless of picking method, the entire harvest is hand sorted and selected. 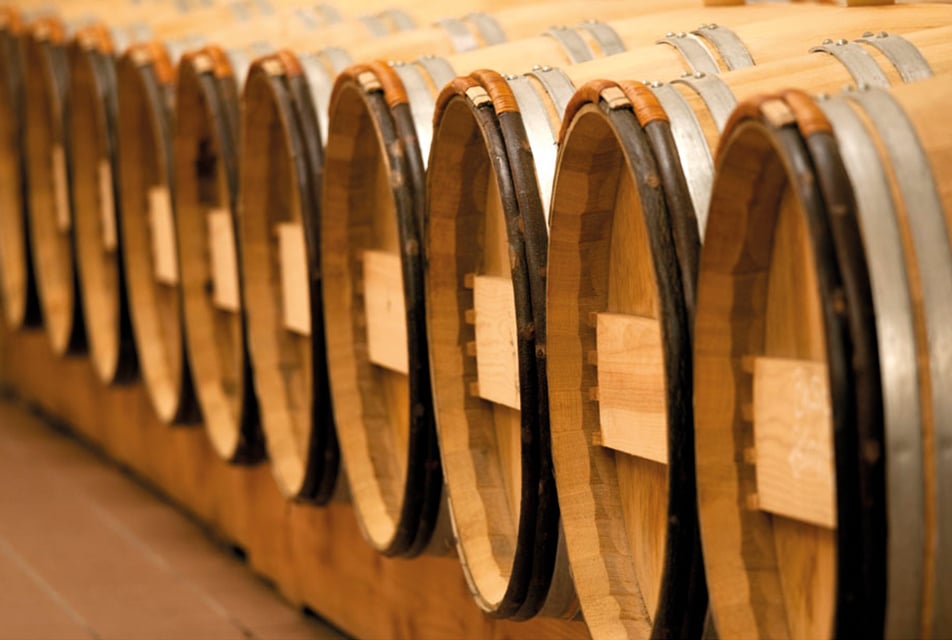 The individualised management of each parcel allows us to vinify each lot separately, ensuring a consistency in quality and characteristics. To this end, the tanks in the cellar have been adapted to permit the vinification of both small and large quantities; depending on the parcel of origin as well as the grape variety. While the wine is in tank, extraction is carefully managed, with daily tastings of each batch. Malolactic fermentation also takes place in tank in order to conserve the primary fruit aromas. Our objective is produce a wine with full, rich tannins, which remains true to its  origins, and the terroir and climatic conditions which produced it. 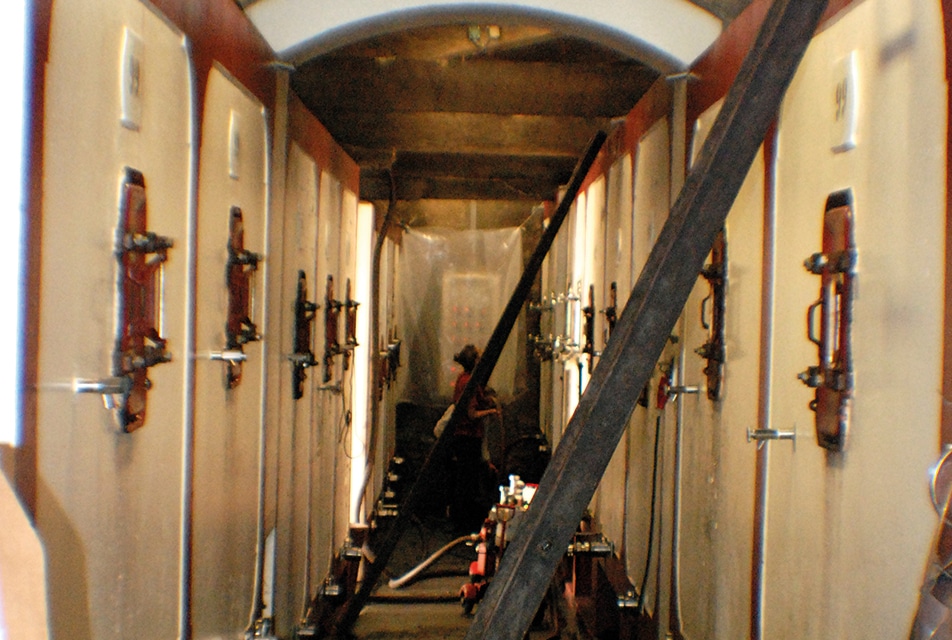 The cuvée La Chêneraie is made from the wine lots selected after malolactic fermentation for their power and structure. These lots are then put into French oak barrels to age for between twelve and fifteen months; in order to avoid the wine being dominated by the oak, only one-third of the barrels are new. Our sole objective is to smooth the tannins and round out the finish on the palate. Château Jeandeman’s cuvée La Chêneraie is a wine which will reward keeping and which will reach maturity five to ten years after bottling.

FIND AND TASTE OUR WINES
IN FRANCE

If you want to recommend your favorite wine shop or a restaurant that might be interested in our wines, please let us know so that we can present them.